The fundamental purpose of installing a solar energy system for a home is to generate electricity via solar panels , combat greenhouse gas emissions, and reduce our collective dependence on fossil fuels and help the environment and, ultimately, our planet.  But there are times when the solar energy system generates excess electricity and wonder’s what happens with those electrons from the solar panels. Does it go back into the electric utility grid?  Yes, the excess electricity generated goes back into the grid, and hence you see the electric meter runs backward. But what does the utility do with the electricity generated? Do they pay us or use it to redistribute that electricity? As a result, the utilities introduced a new metering system called the Net Metering system that allows customers to use the electricity anytime instead of when it’s generated.

Net metering is a specific metering/billing system between the utility company and the solar energy generation system owner. This arrangement helps the owner to get compensated for any excess energy generated by the rooftop solar system and is transferred back to the primary utility grid. It is important to note that this kind of metering system in place, any qualifying renewable energy resource that generates electricity, will be compensated based on the utility compensation structure.

As part of the Net metering agreement, customers can use the electricity generated by the on-site solar power system (distributed energy generation system). Any excess electricity generated by the system can be exported to the electric utility grid. In some cases, the compensation provided by these utilities varies across the board. Solar Net Metering allows customer receive payment for the excess generation of electricity exported to the electric grid on a per-kilowatt-hour basis (kwh) basis. The level of compensation provided by the utilities varies significantly across different parts of the country.

In some cases, the utility pays the customer at a full retail rate, and in other cases, it can be zero. If the electricity purchased from the grid is greater than the total amount generated by the solar panel system, then the price difference is billed to the customer. If the exports exceed the imports, then the rollover credits are automatically carried forward for future billing cycles. Sometimes the rollover credits are carried forward indefinitely or might have a term limit.

If you live in one of the 49 states or territories listed below, Congratulations, you can take advantage of the Net metering credits. Click below to learn more based on your state.

The four states that haven’t enacted any laws are Idaho, Alabama, South Dakota, Tennessee, and Texas. Show below is the visual representation of where Net Metering Credits are implemented in different states.

Net metering options enable you to generate electricity during the daytime and consume it or send it back to the grid and use electricity during the night from the grid. As a result, you could save tens of thousands of dollars by using the electricity generated by the solar energy system.  In addition, net metering policy enable customers to avoid purchasing a battery back system that costs several thousands of dollars. The utility serves as the virtual energy storage center needed to access electricity if the solar energy system stops working or during nighttime usages.

The excess electricity is sent back to the electric grid for systems designed to generate excess electricity using solar panels. In places where utility companies offer full net metering benefits, there is a higher chance for the cost of the system to pay back in full in a short period. In places like Delaware, New Hampshire, and Oregon, the payback for the system would be between 5-7 years, while in places like South Dakota, where no net metering policies are enacted, the payback would be 12 years or more.

Although net metering plays a role in the faster payback of the solar panel systems, other factors like State Incentives, cost of electricity (kwh), cost per watt of the system play a more significant role in determining faster payback.

Utilities benefit widely from the fact that customers are installing solar panel systems. These customers reduce the stress on the electric utility grid. They use electricity generated from the solar electric system, draw less power from the grid during the daytime, and push back excess solar electricity generated during the day. Relieving the grid during peak demand helps the utility maintain proper electric balance and reduces the chance of going into blackouts, which have happened in places like California due to excessive demand on the grid.

People who have community solar use Virtual Net Metering to gain some currency for the electricity delivered to the grid. Customers who share a single solar system or Distributed energy system can take advantage of favorable net metering policies implemented by the state. Customers received the credits based on the size of the system they’ve subscribed to in the community solar energy system.

According to the latest data from the Solar Energy Industries Association (SEIA), the US had more than 2.7 installations in 2020 [54] and is sure to cross 3 million installations by 2021. As the amount of Solar panel customers and other Distributed generation systems increase, states have taken active steps in addressing net metering issues through regulatory bodies like the Public service commissions or enact legislation on their own. The hotly debated topics include cost-shifting to other customers that mean solar customers are generating their power and, as a result, not covering enough of the fixed costs to maintain the utility grid infrastructure (wires and poles). As the solar power market evolves, utilities have been testing various alternatives associated with net metering and calculate the costs and benefits of a solar energy system. But one thing is sure, as states weigh these changes, the impact of solar panels growth will either increase substantially or slow down but will be continuing to keep climbing nonetheless.

Illinois – Net metering programs are in place as per the Future Energy Jobs Act [56]. The 5% aggregate cap remains in place till the cap is reached, and then the Illinois Legislature or thereof would develop a new compensation process. As part of the legislation, Community solar and net metering aggregation were made eligible for net metering programs.

Indiana – The Legislature passed a law in 2017, which phased out Indiana’s compensation for Distributed Generation Systems. The final phase-out of retail net metering is to occur by July 2022. The new bill states that utilities can set a new compensation structure using the rate-making proceedings. It should be 1.25 times the average wholesale price paid by the utilities for electricity.

Kentucky – The Kentucky legislature passed a bill in 2019 that goes into effect in Jan 2020 regarding Net Metering. The Distributed generation system size would be a maximum of 45 kW. It will require the state Public Service Commission to set the compensation rate for eligible customer-generators according to the rate-making process.

New York – the NYPSC approved new net metering alternatives in 2020 for residential, small commercial customers, laying out new monthly fees. The new prices are as follows $0.69 and $1.09 per kW based on the utility, customer class, and compensation option. More information on the latest rate structure can be found here [55].

One thing is clear; the utilities are aggressively pushing to reduce compensation for net metering, as many utilities see the competition from these solar energy system generators and the downside of paying customers, which would ultimately harm their bottom line. 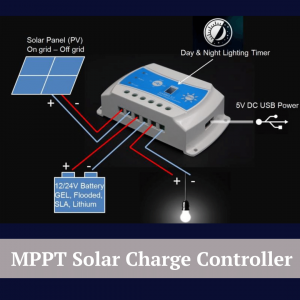 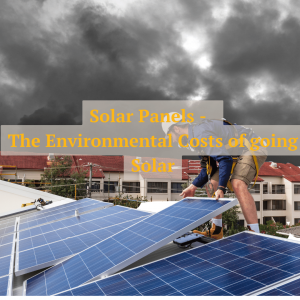 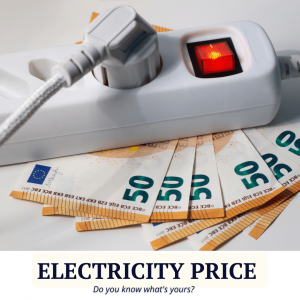 What’s Your Average Electricity Price and Find Ways to Save on them.