Solar panels have unquestionably cleaner power energy production potential; despite this, many communities and decision-makers are unaware of how Solar Panels impact the environment [1] and the environmental costs of implementing full-scale solar energy generation.

Impacts of Solar Panels on Environment

1. Land Use and Environmental Impact of Solar Panels

Solar energy facilities that generate electricity at a utility scale require huge regions for energy collecting. As a result, the amenities may obstruct existing land uses and impact the utilization of wilderness and recreational management areas.

As a result, some areas may be used for solar energy so that restoring to a pre-disturbed state requires a considerable amount of energy or time or both. In contrast, other uses are so drastic that resulting changes are irreversible.

The development of solar facilities on large swaths of land necessitates clearing and grading, which leads to soil compaction, drainage channel disruption, and increased erosion.

Central tower cooling systems necessitate the use of water, which is an issue in arid areas since an increase in water demand may put a strain on available water resources, as well as chemical leaks from the facilities, contaminating groundwater or the ground surface.

Some have claimed that the most recent technology on the market, like thin-film panels, is made with hazardous heavy metals such as Cadmium Telluride. While it is true that these toxic materials are used in the production of solar panels, coal and oil also include these substances, which are emitted when they are burned.

Solar panels are becoming a more important source of renewable energy, and they will be critical in the fight climate change.

They’re also complicated bits of technology that, when they’re no longer useful, devolve into large, unwieldy sheets of electronic garbage, which most of the world has yet to face in the coming years

Photovoltaic (PV) cells turn sunlight into electricity and are used in solar panels. When these panels end up in landfills, they lose precious energy sources. Landfilling also poses a new environmental and higher risk because solar panels contain harmful chemicals like lead that can leach out as they degrade.

Some corporations lead by example, and others make corners to save money, just as there are in other new industries. There are bad apples, but not every sector will dump

Chemicals in the most appropriate way or recycle their leftovers appropriately.

6. Solar Panels May Cause Roof Damage

Solar panels can assist in generating electricity, but they may cause damage to your roof in the process. Improper solar panel installation could result in roof gaps, allowing water to enter your property and inflict significant damage to both the exterior and interior. To avoid this, conduct thorough research on the solar installation businesses and check for reviews.

If panels are installed at a steep angle, they may begin to sag with time, causing roof damage. Likewise, the attic or gutters may rise if the panels are positioned too high or low on the roof. Although roof damage does not impact the environment directly, damaged roofs may end up in landfills or other places where chemicals and roof materials may damage the environment a lot more.

7. Pollution And Its Effects On The Environment

Land and water consumption and pollution, habitat loss, and highly hazardous compounds in the production process are all environmental consequences linked with solar power.

Sun-oriented fields can cover a ton of land region regarding the establishment space. Unlike wind power, sharing the land for agricultural designs isn’t possible. Furthermore, mining and producing the materials needed to make photovoltaic panels has negative environmental impacts.

Cadmium and lead, both hazardous metals, are among the toxic chemicals in solar panels. Several hazardous components used in the manufacture of solar panels are copper-indium-gallium-diselenide, gallium arsenide, hydrochloric acid, nitric acid, hydrogen fluoride, sulfuric acid, and acetone which have severe negative impacts on the environment.

Solar manufacturers in the United States are compelled to ensure that these high-value materials are recycled rather than discarded. However, in other nations where photovoltaics are manufactured, such as China, Malaysia, the Philippines, and Taiwan, these hazardous materials are disposed of carelessly in fields, polluting the air, water, and soil.

8. Energy Storage can be harmful to the environment

The single biggest challenge to creating solar electricity on a global scale, according to most experts, is storing significant volumes of electrical energy.

The Powerwall battery was built by Tesla to store solar energy for later use. These batteries, however, are exceedingly expensive, costing roughly $7,100 with installation for a 14kWh battery.

Three Tesla batteries would be required to provide one day’s worth of backup electricity for a four-bedroom house, costing a whopping $18,300.

But these energy storage solution systems contain lithium and other dangerous chemicals that can be highly damaging to the environment.

9. Reliability and Quality of Solar Panels

Solar energy is dependent on the sun, which means that electricity cannot be created at night. Instead, one has to have high-quality solar panels that will generate a lot of energy or battery storage systems that will save the excess energy as a backup utility system. This implies you’ll have to spend more on top of the high price of solar panels.

The installation area for homeowners who want to install new panels isn’t a significant concern, mainly because they’re usually installed on the roof.

Utility and Commercial Solar plants that generate a lot of solar power, on the other hand, will require an enormous installation area to produce electricity. As a result, the underlying land cannot be used for other purposes, such as grazing animals or growing crops and the possibility of destroying existing habitats in those areas. There is a chance that this can be harmful to the existing environment and create severely, lasting impacts on the environment.

The world’s largest solar field is in Spain, where it covers 173 acres and powers approximately 12,000 homes. That 173 acres of

Different season has an impact on solar efficacy. Because of the way the earth is oriented, the sun is closer to your position in the summer. You can produce more electricity than you need. However, the earth’s tilt pulls your location further from the sun during the winter, preventing you from producing enough energy to meet your demands.

As a result, places close to the equator end up having a lot more solar panels than places up in the north or the south. There is a greater chance of a massive build-up of solar panels in those regions. The environmental impact of these solar panels comes into effect when solar panels have or almost reached the end of their life span, like everything else left in the sun, will deteriorate due to ultraviolet rays. There is an excellent possibility that these solar panels will end up in landfills and other places with more significant contamination of the environment.

Solar panels must be recycled since the materials required to manufacture them are rare or precious metals, all of which are composed of silver, tellurium, or indium. Unfortunately, due to the inability to recycle the panels, such recoverable metals may go to waste, resulting in future renewable sources shortages.

Consider silicon, which is required to manufacture most of today’s photovoltaic cells and is currently abundant. However, silicon solar panels require a tremendous amount of energy for their manufacture.

Though solar energy is an unlimited renewable energy resource, the current harness method has several drawbacks, ranging from cost to efficiency. On the other hand, solar technology is still in its budding stage, and many innovative concepts are emerging. 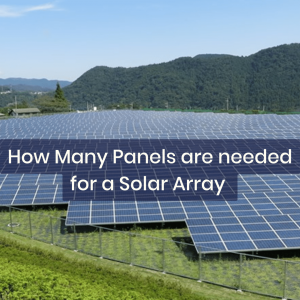 Solar Array – A Complete Guide And Mechanics of How it Works? 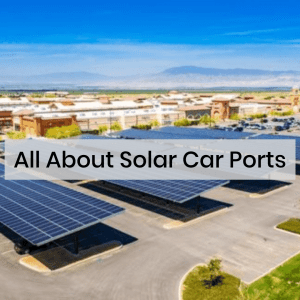 Does it make Sense to Build a Solar Carport, and is it a Good Investment? 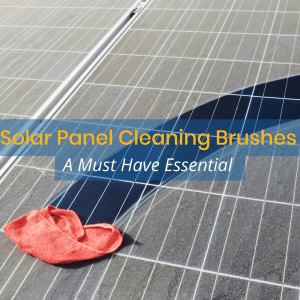