Virtual Net Metering - How Does It Work, And Is It For You? Skip to content

Virtual Net Metering – How does it work, and Is it for you?

Since the beginning of electrification, consumers have received electricity through a power grid that serviced a large region, like a city or a valley with multiple communities. This grid has always been powered by large centralized power plants that run off coal, natural gas, and hydroelectric dams.

However, over the past 50 years, renewable energy and decentralized power generation have become more and more available and efficient, meaning that individual consumers can generate their own power, and sometimes even more than they need. It is when this excess energy is produced that Net Metering, or NEM, comes into play. Once we have a little bit of understanding about Net Metering, we can go in-depth about Virtual Net Metering

What is Net Metering?

Net Metering, also known as Net Energy Metering (NEM), is an energy distribution and billing process. It is for energy consumers who produce their own energy with a Distributed Energy Generator[1], or D.G. The idea is to maximize energy efficiency and grid flow by allowing two-way Metering of electricity.

The most common type of distributed energy generator in the residential market is solar photovoltaic panels, which accounted for an estimated 41.7 billion KwH[2] in 2020.

A Brief History of Net Metering

The first implementation of Net Metering was an experiment at an apartment complex and a solar test house in Massachusetts in 1979. Within a year, a few states began to allow net Metering within their utility grid structures. In 1983 Minnesota became the first state to implement a net metering law, allowing customers generating less than 40KwH per billing cycle to earn either a billing credit or payment for their energy surplus.

By the late 1980s, almost half of the states in the U.S. had adopted some form of net metering legislation. In 2005, federal law mandated that all states offer net Metering upon request from the consumer.

Although it is a relative newcomer to the NEM marketplace, anecdotal evidence shows that VNEM is quickly growing in market share[4] and gaining popularity and support from consumers and legislators.

How Does Virtual Net Metering Work?

The quick answer to how net metering works is that a consumer with a D.G., for example, a rooftop solar photovoltaic array, will install a net meter to replace their original traditional electricity meter. As power is produced and consumed, the meter will go forward as the consumer draws from the grid and run backwards when the D.G generates a surplus. That being said, a consumer’s compensation method and amount vary depending on where they live and who provides power.

Currently, 41 states and Washington D.C., American Samoa, Puerto Rico, and the U.S. Virgin Islands have some type of net metering opportunity. However, the type and level of compensation and implementation vary widely from state to state. Additionally, some municipalities within states will have specific protocols.

For example, Wisconsin allows for Net Metering for systems up to 20 Kilowatts. In contrast, Arizona will allow NEM for up to 125% of a consumer’s total usage. New Mexico allows for systems up to 80 megawatts. Ohio and New Jersey have no limit to their net metering programs.

In addition to varying limits on generation, many states have different measures and compensations for different distributed energy generators. These are based on variables such as:

While most states offer a standard market rate for the KwH model of compensation, some states and municipalities have begun to use a form of compensation known as a Value of Solar[5] rate, or VOS. The idea behind a VOS model of compensation is to consider both the costs and the benefits of consumer-based solar power generation. It also takes into account potential cost-shifting to non-DG consumers.

In practical terms, the main difference between traditional per-KwH compensation and VOS is that a VOS model is a set amount for some time while the per-KwH model fluctuates with the market.

The most common type of Net Metering continues to be single-consumer on-site D.G. This means that the power is being generated on the consumer’s property and is for personal energy needs, or what is known as direct use.

When the D.G. produces an energy surplus, it will send that surplus back through the net meter and into the utility grid. The surplus then becomes available for consumers en-masse. The utility company issues a form of compensation to the proprietor of the D.G. As mentioned above, compensation varies from state to state, so check your utility provider for details.

Alternatively, while still a decentralized energy producer, virtual net Metering is a D.G. that is not built on a single consumer’s property. Instead, Virtual net metering connects a group of consumers, like a neighborhood or a business park, together with one source. The Metering is then split up among the various participants.

Virtual net Metering is relatively new on the distributed energy generator scene. Still, its implementation has been growing in popularity and accelerating its growth within the market.

Although relatively new in the scene, VNM has found some success in Massachusetts, with more than 300 MW of commercial virtual Net Metering (VNM)

Few Utilities have championed virtual net metering policies, especially to lay the foundations for low-income programs and, in turn, leads as an incentive

El Paso Electric in Texas has offered Low-income elderly tenants virtual net metering options. To qualify, Distributed renewable generation owners must interconnect an apartment house that qualifies for master metering or have a D.G. facility of not more than 50kW

Austin Energy’s latest virtual net metering policy will reduce the expenses for Multi-family property owners who would like to offer solar as an electricity option for tenants.

California piloted a Virtual Net Metering Program that will allow energy credits to be distributed among individual units and the common areas, providing direct benefits to the tenant.

Virtual Net Metering offers some great benefits to both the consumer and the environment. However, challenges remain in the marketplace that must be considered to make a proper determination as to its efficacy for a particular consumer’s needs.

Net Metering offers consumers some real benefits, which is why its implementation continues to grow.

Virtual net Metering includes some of the benefits mentioned above and has benefits specific to its distributed energy generation model.

Critics of net Metering point out that as consumers generate their own power, it shifts the burden of maintaining a centralized power grid to the consumers who do not have a D.G. or are unable to install one.

Virtual net Metering can also come with additional red tape. It deals with multiple households and locations that are not necessarily singularly or privately owned.

How to Set Up Virtual Net Metering

This varies depending on where you live. Generally speaking, implementing a distributed energy generation source and installing a net meter will involve the local utility provider, municipal permitting office, and usually, a private contractor to install the power generating hardware. Often these contractors will be vetted and approved by the power company and work closely with them.

Is Virtual Net Metering For You?

Net Metering has allowed many consumers to gain some independence in their energy consumption, While easing the burden on centralized power grids. If you have the money, net Metering might be an intelligent option for your future energy demands. 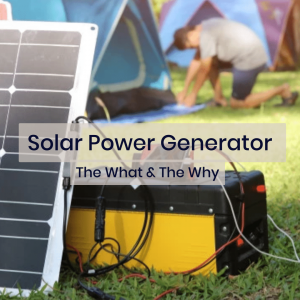 Want To Learn More About The Inner Workings of How does a Solar Generator Work ? 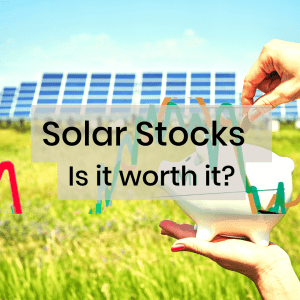 Solar Energy Stocks – Is it worth it? 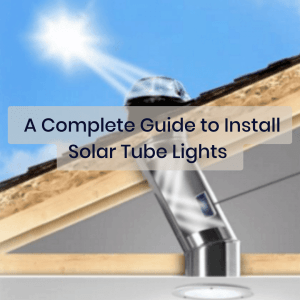