All About Solar Leases – Good and Bad

For a long time, solar energy was quite expensive. It made it virtually impossible for most households to purchase and install a residential solar system or finance a solar power system. As a result, households did not have the financial means to purchase or finance a solar power system on their roofs because of the high upfront costs. Those who wanted to put solar power systems on their roofs were provided with a new model called the Solar lease model. Essentially, the solar leases changed the solar business model overnight.

With the lease model, homeowners who were able to contract with a solar company or solar leasing company that would install a residential solar system and didn’t have to worry about the upfront expenses of solar, and they were able to make use of all of the advantages of solar by just a small monthly payment. This was a very effective model early in the decade (2005 – 2015).

However, since solar prices have dropped by 70% and are less expensive than ten years ago, alternative solar financing solutions that may offer larger solar savings than a lease are becoming more viable. So just because there are no upfront expenses associated with a solar lease does not imply that it is the most cost-effective method of going solar.

This article will explain everything you need to know about solar leasing to decide whether or not this financing option is the best fit for your needs.

Solar Leases are a long-term commitment, unlike leasing your car or truck. Generally, car leasing is 3- 5 [1] years, whereas on solar energy systems is around 20-25 years. But in principle, they are the same. The monthly payment to the leasing company is set. Like a car lease, you do not own the residential solar system; rather, you receive all of the solar energy generated from the solar panels and help you save money on your power bill.

Is Solar lease any different than a Solar PPA?

Solar leases and solar power purchase orders, more often referred to as solar lease PPA, are two solar financing alternatives that are extremely similar to one another.

The thing about solar leases is that the cost remains constant irrespective of how the solar system produces much solar energy. With a solar PPA or otherwise known as a solar power purchase agreement, your contract will specify a price for each kilowatt-hour (kWh) of solar energy generated. The solar PPA rate will be cheaper than the rate charged by your utility company.

Your monthly payment will fluctuate based on how much energy your solar panels generate each month if you have solar PPA. With a solar lease, the lease payment remains constant regardless of how much solar energy is produced.

The common thing about Solar leases and power purchase agreements (PPAs) includes a solar developer installing a solar panel system on your rooftop that you do not own. Rather, you pay a monthly lease payment (Fixed price) for the solar energy generated by the panels.

How does a Solar Lease work?

Your power bill will be reduced as a result of the fact that you are utilizing solar energy rather than electricity from the grid. Suppose your solar panels produce enough power to cover all of your energy use via net metering. In that case, you may be able to eliminate your electric bill (except for certain fixed costs that solar will not be able to offset).

However, please remember that your solar-powered system may not always generate enough energy to pay your electric bill altogether. Perhaps there weren’t quite as many bright days as usual in a specific month, or perhaps you consumed much more power than usual. In these circumstances, you may have to draw more electricity from the grid to fulfill your energy requirements. After that, you’ll be responsible for both an energy bill and a solar lease cost.

Although each solar leasing contract is unique, the fundamental conditions are often the same. Solar leasing terms are typically between 20 and 25 years, corresponding to the average lifetime of solar panels. Typically, the solar developer will provide you with solar monitoring software that you can download to your smartphone or access online to track how well your solar panels are working.

In addition, the developer will keep an eye on your machine to ensure everything is running well. Suppose there are any problems with the functioning of your solar panel system. In that case, the solar business will take care of the repairs at no additional cost to you.

As the energy cost continues to rise, solar leasing contracts will contain a price escalator to account for this growth. This implies that your lease payment will increase each year. Escalator rates typically range between 1 percent and 5 percent on each trip.

Advantages of a Solar Lease

Because solar leasing payments are (originally) intended to be below whatever your utility bill would be, you will save money on your energy bill.

Not responsible for maintenance

The maintenance of the solar energy system is not your responsibility when you sign a solar leasing agreement. And although this seems to be a big advantage at first glance, it is not that significant.

It takes just four times a year to rinse off solar panels, making it one of the most low-maintenance technologies available. More severe concerns, such as defective wiring or inverter difficulties, would almost certainly already be covered by the manufacturer’s or installer’s warranty, and homeowners’ insurance may cover storm-related losses.

As a result, you would have these safeguards regardless of whether you regularly purchased a solar panel system.

Another advantage of Solar Leasing is that monthly payments are outlined clearly in the contract, and you’ll not be paying a penny more or less. Hence it’s a very predictable payment situation.

Not eligible for tax credits and other solar incentives

Furthermore, you cannot take advantage of various solar incentives and rebates, such as solar renewable energy certificates (SRECs), which may result in a significant amount of additional money in your pocket.

The most significant disadvantage of leasing solar panels is that your long-term savings will be much smaller when compared to purchasing solar panels. On the other hand, purchasing a system gives you the potential to remove your whole energy cost, and you won’t have to worry about any additional monthly expenses.

No matter whether you take out a loan to pay for your solar panel installation, you will ultimately pay off your loan and have complete ownership of your solar panels, which means they will be producing energy for you at no cost! The solar energy you consume will reduce your power bill, and you will not be required to make lease payments – you will just receive free energy.

When you lease a vehicle, you are committed to paying payments for 20 to 25 years. Throughout that period, the amount you spend on lease payments may be more than the value of the equipment in the first place!

Furthermore, the energy generated by solar panels will never be free.

Price escalators will be included in solar leases to account for increases in energy costs. The truth is that there is no way to tell for certain how much the price of energy will rise until it does so.

The vast majority of solar leases will contain an annual escalation of between 1 percent and 5 percent. If your solar bill is $100 in Year 1, your cost will increase by 1 percent in Year 2 if you have a solar lease.

Nonetheless, if the price of energy does not rise by that much in a given year, you may find yourself paying more for the solar rental payments than you would have spent for electricity from your utility.

It doesn’t add value to your property.

The purchase of solar panels increases the value of your house. Solar panels are an excellent investment. But getting a solar leased system for the property brings no value to the situation.

Additionally, leased solar systems may make it more difficult to sell your house since they do not increase the value of the land on which they are installed.

A leasing agreement dependent on your energy use will be very difficult to sell to a buyer interested in buying it. Additionally, many prospective house buyers may be perplexed by the notion of a solar lease, which may dissuade them from considering your property as a possible purchase.

Solar energy is now more affordable than ever, but that does not imply that it is without its costs. Once the federal solar tax credit is applied, the typical solar panel system in the United States will cost between $14,000 and $16,000, depending on the location. That is not a small sum of money.

Even while solar is still costly, the reduced price makes it feasible to get a loan to pay the installation cost. Taking out a loan for solar energy systems was prohibitively expensive, making it uneconomical to finance with a loan. Now, however, the cost has dropped significantly, making it possible to finance with a loan. This was the point at which solar leasing took off.

However, the cost of a solar energy system has come down to the point that homeowners may easily get a loan to cover the cost of installation. Solar loans, similar to home equity loans, enable you to install solar panels without paying tens of thousands of dollars in cash upfront.

Alternatively, you will make monthly loan installments until the debt is completely paid off. Once you have completed repayment of the loan, the solar panels become your property, and they will continue to produce energy for your house at no further cost.

Furthermore, when you take out a solar loan, you become the system owner, allowing you to take advantage of all of the tax benefits and other solar rebates that you would otherwise be ineligible for if you were to take out a solar lease. The vast majority of solar loans demand no down payment and have affordable interest rates to boot. 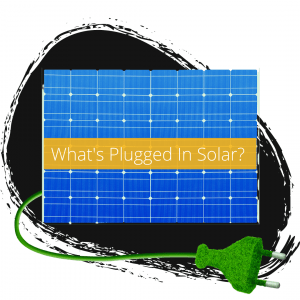