If you have been using conventional or Conventional (Regular) Solar inverters, it is time to move to something advanced. Today, we have the new hybrid solar inverters, and Yes, this is a new piece of advanced technology that combines the benefits of a regular battery inverter and traditional inverters in a single piece. This is the new solution for the homeowners who wish to install an old-school solar power system that is upgradable and comes with batteries. 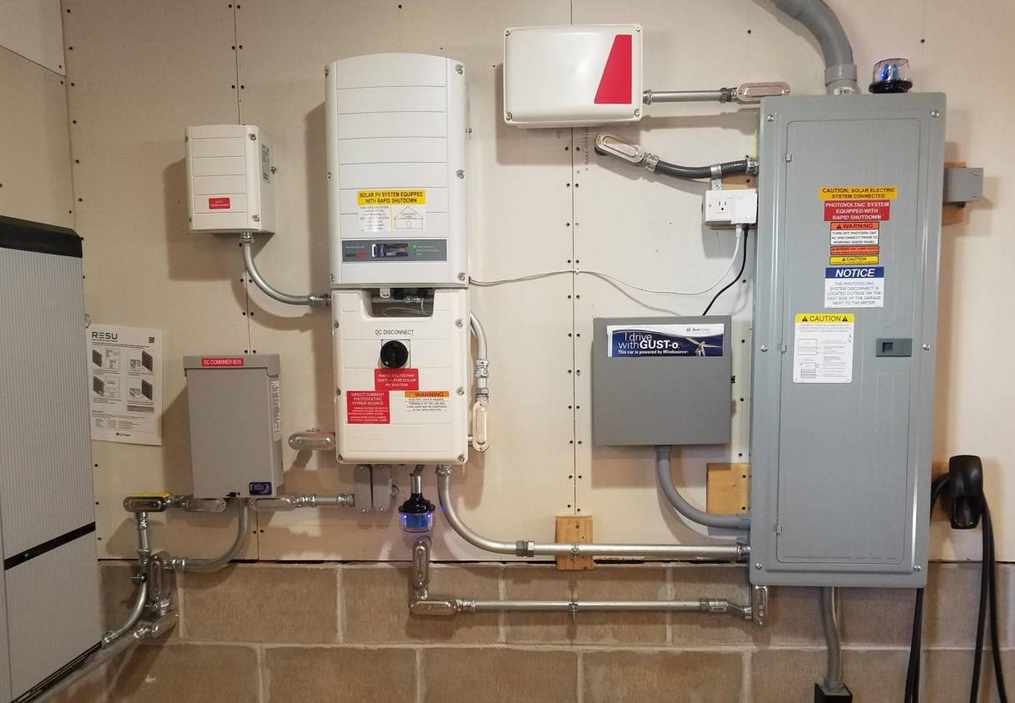 If you have been searching for hybrid solar inverters and want to learn more about them, you have landed on the right page. This article will share every little detail about Hybrid Solar Inverters. Yes, you will learn everything you need, from its functions to how it operates.

So, give this article a read!

What is a Hybrid Solar Inverter?

A hybrid is something that can combine two different features into one. And a hybrid solar inverter is typically a combination of conventional inverters and solar inverters integrated into one piece. This one-piece equipment can intelligently manage the power from your solar batteries, solar panels, and the utility.

An old-school solar-grid tie can convert DC electricity[1] generated by the PV system [photovoltaic] into AC electricity [alternating current], which is not only known to power our houses but also to transfer excess electricity back to the utility grid.

Whereas a battery inverter is responsible for handling the procedures of inverting the DC electricity stored in the solar battery storage into AC electricity used by our houses.

A hybrid inverter functions as a solar and battery inverter in a single body. A hybrid grid-tie inverter modernizes and enhances all the traditional operations. Again, as solar power depends entirely on seasonality and weather conditions, hybrid inverters can charge themselves by drawing power from the electricity grid.

There are two possible ways in which the solar battery charges itself. They are either charged using DC electricity, fetching it directly from the panels, i.e., [DC Coupled], or through DC electricity converted from AC by a solar inverter [AC Coupled].

A battery inverter and a solar inverter integrated into one piece (hybrid model) can carry out both roles. The hybrid-grid inverter can easily convert the DC to AC for powering your home. In addition, it can take away the AC electricity from the power grid, converting it into DC electricity to store the power in the battery bank for later.

No wonder solar power can fluctuate a lot. As you know, it entirely depends on the weather conditions and the time of day. To maintain the power, a hybrid inverter will regulate the power and ensure that the system works within appropriate parameters.

Allows You to Monitor Power Levels

Solar hybrid inverters can also be installed with solar power monitoring software, allowing you to monitor and measure the photovoltaic system through a display screen or smartphone app. This will allow you to identify potential faults.

Solar hybrid inverters with MPPT [Maximum Power Point Trackers] can check the actual solar power output and correlate it to the voltage of the inverter battery.

This allows for optimum power output and appropriate conversion of direct current electricity according to the best-suited voltage for maximum charge. The trackers guarantee that your solar power system will work fine under all possible conditions, such as fluctuating sunlight, electrical loads, and solar panel temperature.

How Does A Hybrid Solar System Work?

First, one must understand the principle of how a hybrid solar system works.

After the solar panels produce the DC electricity, it is time for the inverter to weigh in and convert the same to AC electricity.

Upsides of a Hybrid Solar Inverter

If you wish to invest in a hybrid solar system, take a look at its upsides –

Monitoring the inverter’s energy levels is easy when using a one-piece hybrid model. You can check all the data through an application, such as power production or performance on the panel or your mobile.

Having a solar-powered inverter will never be able to provide you with a power supply during an outage. Yes, if your system uses a conventional solar power grid-tie, it will automatically cut off the power from your panel system during a blackout for safety.

A hybrid solar system comes paired with a solar battery storage system. A great solution for such a situation. It ensures that you have both on-grid and off-grid capabilities giving you access to power even when there is a blackout.

A complete solar power installation is always a significant investment when you wish to add batteries or storage systems to each component. Hybrid solar inverters are designed to integrate storage anytime, allowing you to skip all the costs of installing battery storage from the start.

If you wish, you can install battery storage later!

If you think the place where you live experiences power outages more often, you might feel like keeping the option of adding a couple of batteries more. And no wonder the installation cost is much higher than that of traditional inverters.

You will have access to net metering with a reliable power grid.

With the technology advancing today, it is common knowledge that all hybrid models will work with every battery.

Can a hybrid solar inverter operate without batteries?

Surely, yes! Instead of the battery, hybrid solar inverters get the power from the power grid and solar panels.

Yes! Hybrids are much easier to operate with the features of a battery inverter and solar inverter combined in a single unit. And as it comes with two features in one unit, it is even easier to install this unit.

Furthermore, it is one of the best alternatives, just in case it is cloudy outside. In such cases, the hybrid solar inverters will flip and turn on the grid system.

Now that you have read this write-up here, I hope you have figured out if you need hybrid solar inverters or not.

Of course, installing a hybrid inverter system is quite a high investment, but when you look at it from a practical perspective, the investment is worth it. Especially if you reside in an area that experiences power outages, you must get this installed today!

Solar Production Guarantee – Is There Any Truth to it?

Solar-Powered TV – Is this the Future of Idiot Box?

Can there be Hail Damage to Solar Panels? If So, Can It Withstand the Damage